The newly refurbished station is equipped with modern elevators and other amenities. 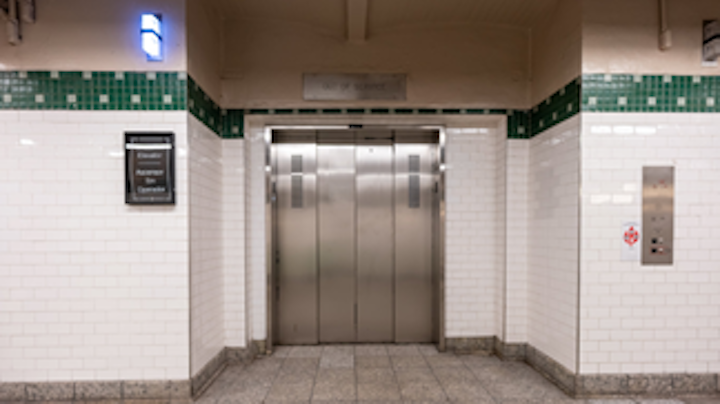 The 168 St Station on the 1 line has reopened and marks the culmination of a nearly year-long effort to replace and upgrade elevators at the more than 100-year-old station, according to an announcement from the New York City Transit (NYC Transit).

The completion of the work came in on budget and ahead of schedule.

The improved station is now outfitted with improved lighting and communications equipment in addition to the new elevators. Workers also installed a back-up battery to allow customers to exit the elevators in the case of a power failure, replaced all support machinery and redid the historic tile work in the lower mezzanine--both salvaging old tile and installing completely new tile to match it.

“Replacing these elevators was absolutely essential. Reliable access to these ‘deep stations,’ is critical and I want to thank the community for working closely with us and remaining patient throughout the process," said Andy Byford, NYC Transit president. "The brand-new elevators were long overdue and I'm eager to continue full speed ahead on fixing the other elevators in the area in the months and years to come."

The work, which began last January and required a complete closure of the station for nearly the entirety of the past year, marked the first time that the elevators and component systems at the station have been replaced in their entirety. It began after months of input from community board members and elected officials in the area.

The overall scope of work also included improvements to the previous emergency stairs between the elevator banks, including a lighting upgrade, concrete repair work and the installation of new handrails. Additional work on the northbound platform's emergency stairs is expected in the near future.

The 191 St 1 station, the 190 St A station and the 181 St 1 station are also set to undergo elevator replacement work in the area and work began in August to replace the elevators at the 181 A station.

The stations had endured a great deal of water intrusion and decay over the years, which reduced the reliability of these elevators. Three of the stations are more than a century old, as were many of the elevator components. Because of these factors and the fact that these stations are located so far beneath the ground, the work to replace them is considered especially complex and requires full station closures. The schedule for completing the work at the five stations has been staggered to minimize disruption.