The milestone is one of the last needed before revenue service, scheduled before the end of 2019, can begin.

The Bay Area Rapid Transit (BART) Silicon Valley Extension is moving closer to reaching its goal of opening by the end of the year with pre-revenue operations commencing Oct. 28 on the 10-mile first phase of the extension.

Santa Clara Valley Transportation Authority (VTA), which was responsible for the construction of the BART Silicon Valley Berryessa Extension and transferred control of Phase 1 to BART in June, says the start of pre-revenue operations marks one of the final steps required before passenger service can begin.

“The first step of pre-revenue operations is training and system familiarization of the trackwork, stations and facilities for all personnel, including operators, systems and maintenance staff. Then comes simulated service, where the rail system is operated exactly as it would be when passenger service begins, but without passengers. This process allows for verifying schedules and the timing of trains. It helps ensure service starts off as safely and efficiently as possible,” wrote Santa Clara VTA in a blog post. “The final step before trains can carry passengers will be VTA issuing a report verifying safety certification of the system along with BART’s notice of intent to operate the service to the California Public Utilities Commission (CPUC), before receiving approval from the state regulatory agency.”

Phase 2 of the project was the first project selected to participate in the Federal Transit Administration’s new pilot program designed to fast track major transportation infrastructure projects. As a result of its selection, Phase 2 of the project has been allocated $125 million in federal funds that are contingent on Santa Clara VTA meeting all program requirements needed to proceed to a construction grant agreement. 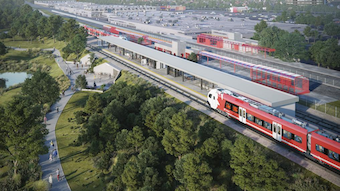 The multi-million-dollar contract will take a year and a half to complete.
London Trackwork Inc.
Jan 22nd, 2020
Infrastructure 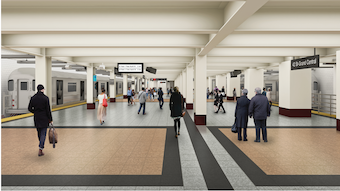 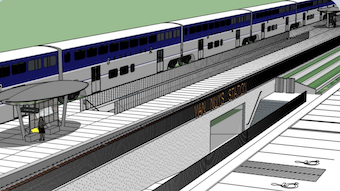 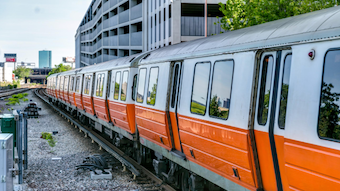 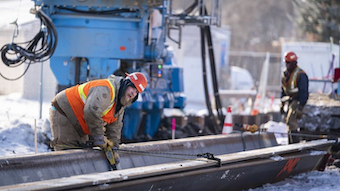 The contractor hired to build the $2 billion Southwest light-rail project is using special equipment and methods to construct a half-mile tunnel for trains near the Kenilworth corridor in Minneapolis.
Jan 16th, 2020