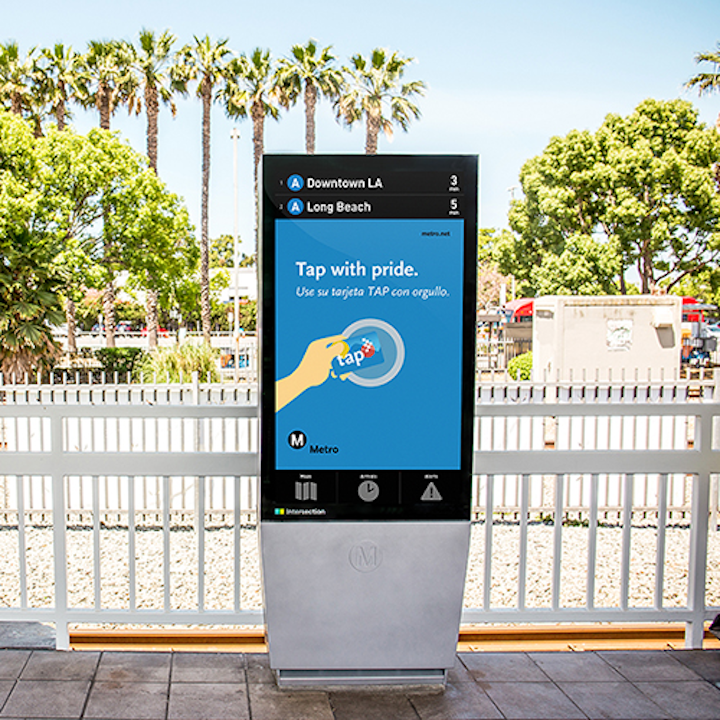 Starting May 29, customers riding the Metro Blue Line between Long Beach and Compton Stations will see new IxNTouch information screens at each station – powered by Intersection’s innovative transit communications platform, IxNConnect. The technology will allow Metro to communicate with customers across a growing network of digital screens and help customers better navigate the agency’s transit system.

The interactive touch screens will give riders greater access to train and bus arrival times, service alerts and advisories and system and connections maps, among other digital tools. Once complete, the network will allow Metro to target information and messages systemwide, by line, by station and even individual station screen.

Metro and Intersection will install nearly 100 digital screens by the time the “New Blue” improvements are complete this October, which include significant upgrades to Willowbrook/Rosa Parks and 7th Street/Metro Center Blue Line stations. Hundreds of new customer information screens will be phased in across the entire Metro Rail system, and Orange Line and Silver Line by 2024. IxNTouch panels will be located on station platforms, mezzanines and plazas, with at least two screens at every station.

“If you’re headed south toward Long Beach on the Metro Blue line, we have great news,” said L.A. County Supervisor and Metro Board Chair Sheila Kuehl. “You will be the first Metro riders to benefit from this digital technology. The new system will finally bring train arrival times to digital screens at each Blue Line station and make it much easier for you to make your destinations throughout the expansive Metro Rail system.”

The infrastructure upgrade comes at zero cost to taxpayers or riders because it is paid for by advertising revenues. By delivering useful and relevant information to riders, Intersection’s media assets are highly noticed and offer national and local brands the opportunity to engage consumers with system advertising opportunities. Intersection has committed to investing nearly $20 million in digital equipment on the Metro rail system at no cost to the agency.

“We are thrilled to be a part of Metro’s ambitious efforts to transform transportation across Los Angeles County,” said Scott Goldsmith, President of Cities & Transit at Intersection. “We are excited to launch with the Metro Blue Line and continue our work throughout the Metro system, providing riders with the information they need, while driving revenue for Metro that can be reinvested in the system.”

In January 2018, Metro awarded Intersection and OUTFRONT Media each 10-year licenses to sell and display advertising on the Metro rail and bus system. The contracts are expected to reduce Metro’s costs by securing free advertising space without the need for Metro to incur printing, production or installation costs for the agency’s own ads. This will save Metro approximately $30 million over the life of the contracts. The new contract will also generate increased ad revenues — a guaranteed $262.2 million from OUTFRONT Media on the Metro Bus system and $42.9 million from Intersection on the Metro Rail system over the next 10 years to help sustain Metro’s current and future operations and transit system expansions.

“We are moving toward customized information delivered to riders in the way they want and expect,” said Metro CEO Phillip A. Washington. “This is just the latest example of our continuing efforts to create a world-class transportation system in Los Angeles County.”

Latest in Signage and Displays 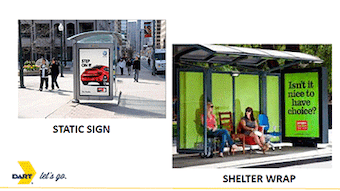 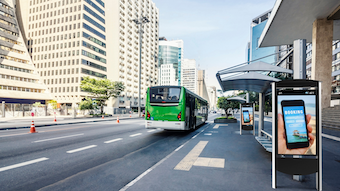 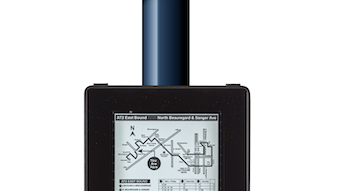 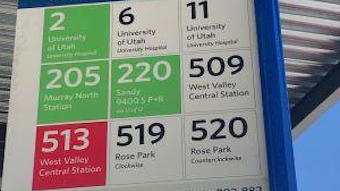 The new signs provide information such as the type of route and route frequency, and whether the routes run north to south or east to west.
Utah Transit Authority
Dec 3rd, 2019 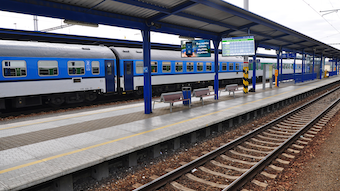 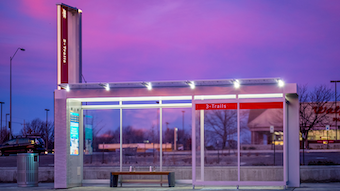 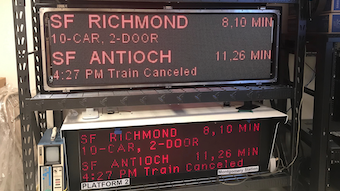 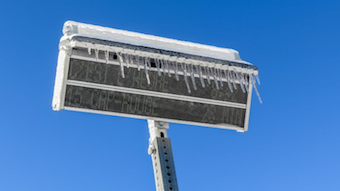 The signs will be implemented in Quebec City and Gatineau.
Engie
Aug 20th, 2019 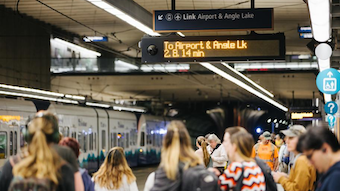 The project will improve wayfinding at four stations with the highest passenger volumes on MBTA's system, as well as provide cleaning and refresh work of the stations' interior.
Massachusetts Bay Transportation Authority (MBTA)
Jun 28th, 2019

Connectpoint® reports that Pittsburgh’s Port Authority of Allegheny has shown an improved rider experience since the initial deployment of its Interactive Kiosks and Digital Bus Stop® displays in 2016.
Jun 18th, 2019

A suite of Digital Bus Stop® products from Connectpoint® will be installed at Austin's highest volume bus stops.
Jun 14th, 2019
Signage and Displays

Surrey Central Station received the first installation of the new kiosks, but the agency plans to install 50 total.
TransLink
May 31st, 2019