Thermal cameras are great for detection in darkness and tough visual conditions, but identification is difficult.
Photo courtesy of Axis.

When the lights go down in the city ... security directors turn on edge. Parking lots, alleys, parks, city centers, school campuses and construction sites are all hot targets for illegal activity at night, like theft and vandalism. But in the transportation market, there's more than petty crime at risk.

In rail yards, airport and seaport perimeters, subway tunnels, and bus terminals, extreme low light conditions are very common. There are simply more places for people to hide and activity in these dimly lit areas has been notoriously difficult to capture on film. While theft and vandalism make up their fair share of criminal activity in the transportation environment, human safety can be at stake when considering perimeter protection and rail/tunnel/runway security.

Challenge: ID in the Dark

Day/night cameras are designed to be used in both outdoor and indoor environments with poor lighting. A true day/night, network camera delivers color images during the day but, as light diminishes, the camera activates its IR-cut filter and automatically switches to night mode. This mode makes use of near infrared (IR) light to deliver black-and-white images. While these cameras can see much better than the human eye in the dark, maintaining image sharpness and low "noise" in the scene is challenging. Identification is also very difficult because the user cannot make out the colors of clothing, vehicles, hair, etc.

Recent innovations in research and development have led to the introduction of a new technology called Lightfinder. Lightfinder is the result of a meticulous selection of the best low-light sensor and the best low-light lens that work in harmony with image data in the scene to produce a color picture at night. The fusion of these factors has created network cameras that can seemingly turn on the light switch.

In extremely low light conditions that might only be lit by a single (or no) light at night, these cameras can be supplemented with IR illuminators. In most cases, however, IR won't be needed at all – which saves money on overall installation and electricity costs.

The technological details surrounding this color-at-night innovation is perfect fodder for dinnertime discussions between videophiles (CMOS sensor with exceptional light sensitivity, image processing, chip development, specialized software). The end result for surveillance users is one that has to be seen to be believed.

In a recent live demonstration at a German railway, there were universal whispers of "Wow" – a word that means the same in any language – under the collective breaths of the audience as the Lightfinder camera's gain was slowly altered, turning a pitch black scene into one that appeared to be high noon (see photos).

For users who require color identification and detailed recognition at night – ports needing to ID ships and vehicles, train stations monitoring tracks and tunnels, highway departments teaming up with police to locate a suspect's car – this capability greatly enhances the security team's effectiveness to minimize incidents.

Additionally, transport networks and construction sites are often prey to equipment thieves who move in under the cover of darkness and steal thousands of dollars worth of equipment. Lightfinder illuminates many other darkened corners of indoor and outdoor perimeters and whips the cover of darkness away from the miscreants, unveiling them to the authorities with true forensic detail.

Traditionally – even in the world of megapixel and HDTV technology that we live in – analog cameras occasionally had a slight advantage at night. That's because the higher the number of pixels on a sensor, the more light that's required to create an image. But with Lightfinder technology, network cameras now have better resolution, lifelike colors and less noise than any analog camera on the market in low-light conditions. And remember, this technology comes with all the other benefits of IP surveillance, like progressive scan sensors, video intelligence, local storage, Power over Ethernet and scalability.

Color night network cameras also provide a tremendous complement to thermal network cameras, which over the two years have come down in price and become a possibility for professional surveillance systems. While thermal technology is great for detection in complete darkness – such as perimeter, fenceline, tunnel and analytic motion detection – it does not provide the detail necessary for identification. When used in conjunction with network cameras that can see color at night, users can create a powerful integrated solution with no need for artificial light.

The growth of network camera culture is organic in nature. Since this is only the start of a new innovation, those images that look unbelievable today will only get better with future development. Like a living form of intelligent life, IP-based technology constantly evolves to become more sensitive and reactive. Today it can see the colors of the city. 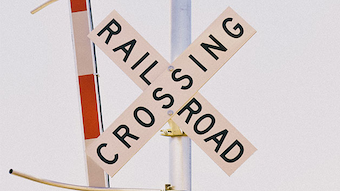