SRTA will begin receiving deliveries of the vehicles in August 2019 and the order should be complete in the first quarter of 2020. 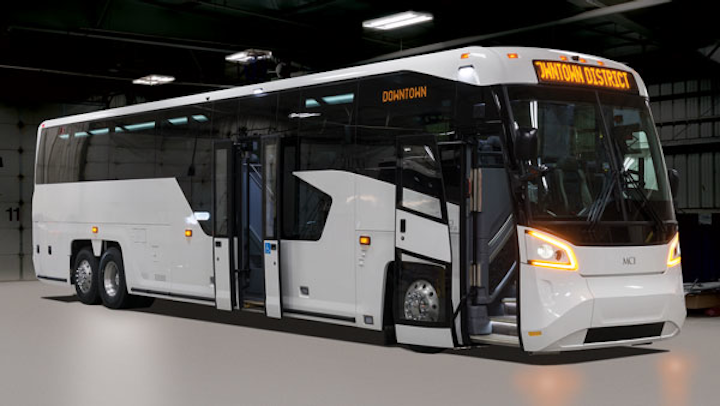 Last September, those two coaches were listed on the Georgia State Contract for Public Mass Transit and Transportation Vehicles. The statewide contract serves as a centralized purchasing mechanism for all state and local Georgia public entities from local governments to state offices and universities. Georgia makes this contract available to other states, too.

MCI's ADA and Buy America-compliant and Altoona-tested D4500 and D45 CRT LE, the next generation model of the nation's leading commuter coach brand, are designed for comfortable distance travel. With an aging population, workers living farther outside city centers and fewer younger citizens buying cars, both models are flexible alternatives for transporting riders safely, economically and comfortably to their destination.

The D4500 coaches will begin delivering in August 2019 with deliveries of the D45 CRT LE beginning first quarter 2020.

"We're gratified to have SRTA once again select MCI models for its commuter express services," said Tom Wagner, MCI Vice President, Public Sector. "The D4500 has earned its workhorse reputation for dependably serving Xpress and other public transit systems for decades. And the modern styling and innovative technology on the D45 CRT LE, puts Xpress at the forefront for ADA accessibility and rider comfort. We're pleased that Xpress’s ridership will be among the first in the nation to enjoy this new level of service and innovation on their daily commutes."

Atlanta has one of the highest population growth rates in the country, requiring reliable and flexible options to move new residents and employees throughout its expanding metro area. The D4500 Commuter Coach model is already a well-known presence on SRTA Xpress routes with 164 in operation. Xpress supports more than 1.8 million passenger trips annually, averaging nearly 7,000 daily passenger trips systemwide.

Introduced in 2017, the revolutionary MCI D45 CRT LE features modern styling and a patented mid-coach low-entry vestibule with passenger seating and curb-level ramp system allowing easy access for all passengers, including those with mobility devices. The dual entry on the model speeds passenger entry and exit to match low floor transit dwell times.

Both models are designed for durability, essential for vehicles placed on long-term distance commuting routes. MCI's Commuter Coach brand is known for its rugged semi-monocoque structure and comfort and safety features including above-traffic, forward-facing seating with seatbelts and electronic passenger services onboard. 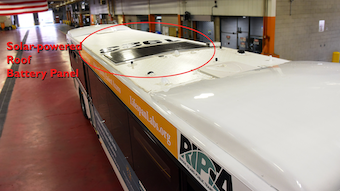 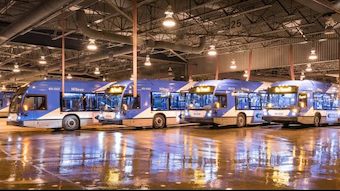 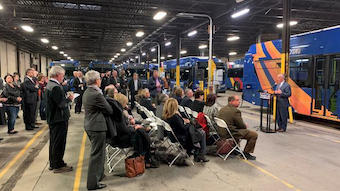 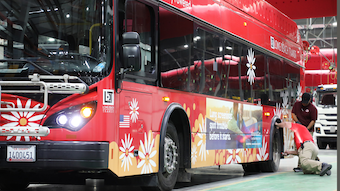 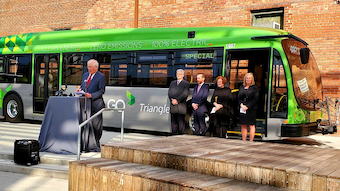 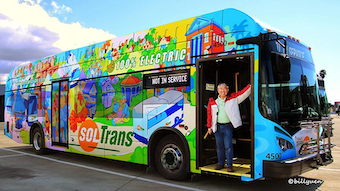 B44 SBS speeds increased up to 17 percent on segments of the route as a result of the automated bus lane enforcement program.
MTA – New York City Transit
Jan 2nd, 2020

This will be the third installment of a five-year contract for up to 694 diesel and CNG buses.
New Flyer of America Inc.
Dec 26th, 2019
Autonomous Vehicles