A three-day pass is available for $3 throughout October. 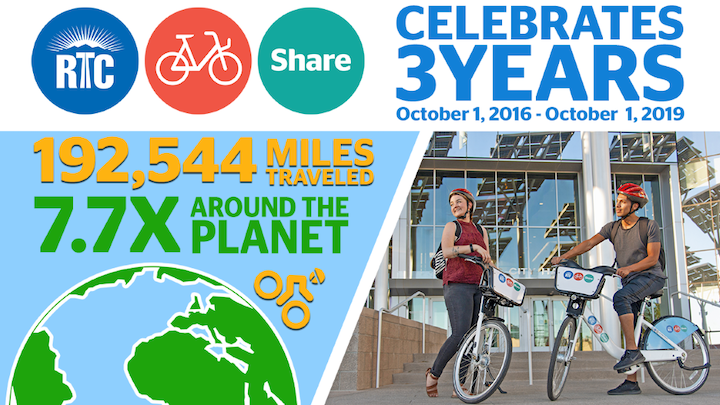 In addition, RTC Bike Share will commemorate the official three-year anniversary with a Halloween-themed bike ride and costume contest on Oct. 26, sponsored by ReBar, a bar in the Las Vegas Arts District.

An easy way for residents and tourists to ride to and from the many attractions, restaurants, bars and shops downtown Las Vegas has to offer, RTC Bike Share says it has enjoyed great success in its first three years of service. With 21 stations and 200 bikes, including the recent addition of 20 electric pedal-assist bikes, RTC Bike Share is living up to its “Bright Lights – Bike City” theme by making downtown Las Vegas a bike-friendly community.

Since inception, riders have completed more than 64,000 rides, while burning nearly 7.7 million calories. Over the last three years, pass holders have ridden nearly 193,000 miles, equal to traveling 7.7 times around the earth. The launch of electric bikes in August has also contributed to recent ridership increases with the e-bikes seeing at least three times more ridership than the classic bikes.

To celebrate the service’s three-year anniversary, riders can save more than 65 percent on a 3-day pass in October. Normally $10, the 3-day pass will be available for $3 until Oct. 31, at all RTC Bike Share stations. Various local businesses will also join in the celebration with exclusive deals and discounts.

To cap off the celebration month, RTC Bike Share will host a Halloween-themed bike ride on Oct. 26 from 5:00 to 8:00 p.m., starting at the RTC Administration Building and ending at ReBar. The four-mile long bike ride will make stops at popular downtown destinations and conclude with food specials and the official costume contest sponsored by ReBar. 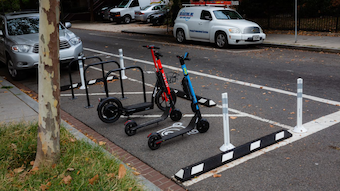 Will those convenient, yet controversial, electric motorized scooter sharing services, which are exploding across some areas of the country, be coming to New York by next summer?
Nov 27th, 2019
Bicycle & Scooter Sharing 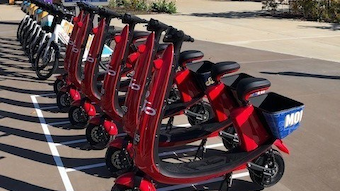 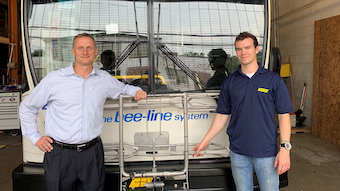 These bike racks have lift-assist technology and alert the driver when the rack is down and not stowed.
Byk-Rak
Oct 22nd, 2019 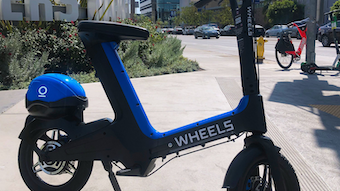 Wheels has plans to expand into additional U.S. and international markets in the coming months.
Wheels
Oct 17th, 2019 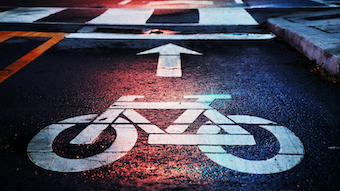 The Safer Streets initiative will include safety additions to more than 20 miles of streets and see the tripling of the city’s protected bike lanes.
Mischa Wanek-Libman
Sep 26th, 2019
Bicycle & Scooter Sharing

The pilot will run for 10 days in the privately-owned district in the province of Ontario.
Sep 6th, 2019

The bike registration is an app-based system, allowing bike owners to input their bike information and report a theft.
Caltrain
Aug 19th, 2019