A recent spike in CTA crime, particularly robberies, has led to increased patrols on the Red Line and is getting attention from Interim police Superintendent Charlie Beck, police said. 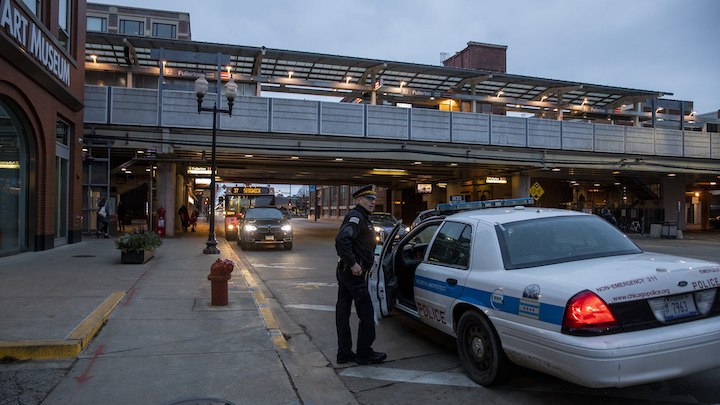 A Chicago police officer leaves the scene after responding to a person being stabbed at the Fullerton stop during the Friday morning rush hour in the Lincoln Park neighborhood on Dec. 6, 2019. All northbound Red Line trains were stopped.
Camille Fine / Chicago Tribune

A recent spike in CTA crime, particularly robberies, has led to increased patrols on the Red Line and is getting attention from Interim police Superintendent Charlie Beck, police said.

Between Thanksgiving and Christmas, there were 458 reported criminal incidents on CTA buses and trains, from robbery to turnstile jumping, said Chicago police spokesman Anthony Guglielmi. That’s a nearly 24% jump from 370 incidents in the same period of 2017, though a slight decrease from 2018.

An increase in thefts and robberies is expected before Christmas, Guglielmi said. Chicago police beefed up patrols on the CTA during the pre-holiday period and added additional Red Line patrols two weeks ago, he said.

“We’re seeing a lot more high-profile robberies on the CTA,” Guglielmi said. Most crimes happened on the rail system, and the most common type of serious crime on the "L" was robbery, with 70 incidents, a 43% jump from the same period in 2018.

Beck will take a “deep dive” into CTA crime and enforcement measures as part of the department’s “CompStat” meeting next week, Guglielmi said. The data-driven weekly meetings use crime statistics in real time to hold commanders accountable for upticks in violence in their districts.

“He wants to take a hard look at (CTA crime) and deployment," said Guglielmi, who noted that the mass transit unit participates in CompStat meetings a few times a year.

Guglielmi said the CTA’s extensive high-definition camera system has been “very helpful” in making arrests. Police made 145 arrests on the CTA in the Thanksgiving-to-Christmas period, compared with 102 arrests for the same time in 2018.

However, violent crime, which includes crimes like armed robbery and assault, increased on the system by 32% to 590 incidents last year from 447, with the biggest increases in July, November and December, according to the Tribune analysis. Violent crime is defined as one that involves violence or a threat of violence.

The Tribune reported last year that violent crimes on the CTA rail system between 2015 and 2018 doubled, even as ridership declined and such crimes rose only slightly citywide. At the same time, the arrest rate for these "L"-related crimes dropped.

Last year, Chicago police and the CTA told the Tribune they knew that crime was up and that they were addressing it. Last summer, the police added 44 officers to the public transportation unit, bringing the total to 214.

The department also set up technology centers where detectives can get help analyzing CTA station and platform video.

Visit the Chicago Tribune at www.chicagotribune.com 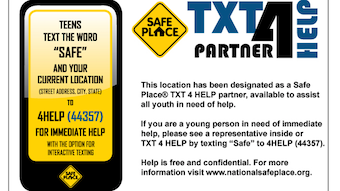 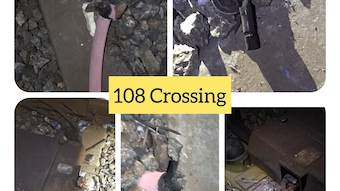 The safety system will be deployed at San Diego Trolley, MUNI and with a San Francisco contractor.
Miller Ingenuity
Jan 2nd, 2020