Adding a bus-only lane to the Bay Bridge seems like a simple idea. And it could be transcendent for anyone who commutes by transbay coach, sometimes a long game of sit and wait.

Jan. 12--Adding a bus-only lane to the Bay Bridge seems like a simple idea. And it could be transcendent for anyone who commutes by transbay coach, sometimes a long game of sit and wait.

But state Assemblyman Rob Bonta may face design challenges and stout opposition from motorists as he tries to revive a plan that's been kicked around for years.

"This is not just a simple fix of striping or dedicating a lane that's now for vehicles," the Oakland Democrat said. "There's the approach, the exit, the metering lights, the (maze) where (Interstates) 880 and 580 converge. There's concerns, hurdles, obstacles, pitfalls."

The logistical demands are formidable, but the political conversation may be even more daunting. Bonta has until the third week of February to introduce a bill, and he said he'll know by the end of the month whether he wants to pursue it.

Transit activists have rallied on social media for months, tweeting photos of the old Key system that ran streetcars across the lower deck of the span in the 1940s. Some want to return to that idyllic past, while others simply want to get people out of automobiles and onto mass transit. Many point to the $2.2 billion Transbay transit center South of Market, with its elegant bus deck that lifts riders away from freeway chaos. The bridge is not complete without a bus lane, they say.

"In my ideal world we'd take over a mixed-use lane, make it for buses ... and then add more service," said Carter Lavin, the Oakland resident who pitched the idea to Bonta over Facebook. The assemblyman had posted on social media channels, asking constituents to help brainstorm new legislation.

Once the conversation began, it spread quickly, and soon BART board Director Rebecca Saltzman and San Francisco Supervisor Matt Haney, whose district includes Treasure Island, were enthusiastically tweeting support. Yet other transportation policymakers were wary.

While most people share the goal of increasing and speeding up bus service, many advocates don't understand the complexity of the Bay Bridge approach -- a spaghetti-tangle of freeways where buses come in from all directions. For many buses, the bridge itself isn't a problem. It's navigating a maze of traffic to get there.

A bus-only lane may be the glamorous solution, but other, modest improvements could be more meaningful, said Randy Rentschler, legislative director of the Metropolitan Transportation Commission. Among the possibilities: extending the bus and carpool lane on Interstate 580 back through East Oakland, or doubling the length of a bus and carpool lane on West Grand Avenue, fixing the metering lights to be more efficient, and changing the geometry to get buses out of jams at Powell Street in Emeryville.

Other complications loom. One is cost. Moving steel and concrete on a freeway is expensive, even for something as basic as creating space for buses. Then there's the specter of a traffic jam that could spread from the freeways into the streets of Oakland.

That's what causes most motorists to raise their eyebrows and gnash their teeth.

"What a horrible idea," said Kenny Donaghe, who was filling his tank at a gas station on Fifth and Folsom streets Friday afternoon. He drives from San Leandro to San Francisco every day in the afternoon -- outside of rush hour -- and said it can still take 45 minutes to an hour.

Some tried to have an open mind.

"The environmental benefits, that's definitely something I'm in favor of," said Zach Luechauer, who does a reverse commute from the Sunset District to Oakland to get to his job at an advertising agency. Luechauer said he's interested in public transportation but forced to drive for work.

So is Victor Gonzalez, an electrician who gets on the road well before dawn. He wondered whether Bay Area transit agencies run enough buses to justify removing a mixed-vehicle lane.

To make a bus-only lane effective, many more people would have to ride the bus, Rentschler said. AC Transit and other agencies would probably have to double their service across the bay, which would require money, vehicles and operators to drive them, at a time when transit agencies struggle with labor shortages.

Those hindrances don't gall bus lane enthusiasts or officials at AC Transit, who support "any initiative that helps improve our service frequency and speeds up the commute for riders, whether it's Bay Area streets, freeways or bridges," spokesman Robert Lyles said in an email.

"One of the reasons AC Transit doesn't have many runs in the morning is because it takes so long to do a run," Saltzman said, noting that she hopes a new bus lane -- and tweaks to the MacArthur Maze -- could enable more transbay service, without a requiring more buses and drivers.

Enticing more people to take buses would ultimately be the goal. BART trains and freeways are packed with cars, and fewer people will have the ability to drive to BART in the coming years as the transit agency develops housing on its parking lots.

Some of "my constituents who say 'Don't take away my parking' could probably take a transbay bus from their houses," Saltzman said.

She and other supporters acknowledged that funding for buses is a hurdle. Yet they note that the Metropolitan Transportation Commission poured billions of dollars into the new eastern span and that officials are contemplating a second BART tube, which would also run in the billions.

Perhaps, Saltzman said, "we should invest in better bus service, too." 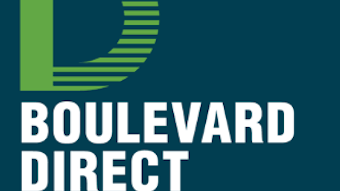 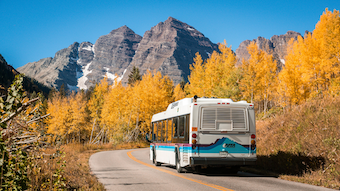 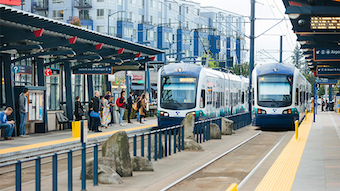 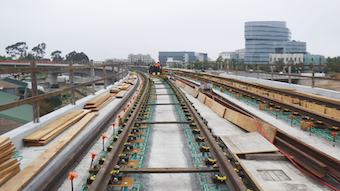 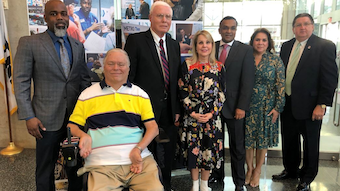 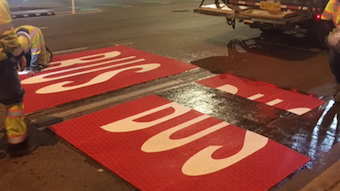 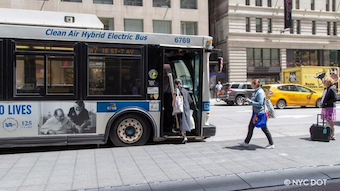 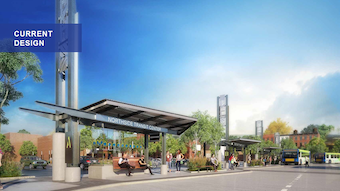 SFMTA announces improvements to five of the busiest bus lines

Improvements to the corridor include transit-only lanes, increased passenger and commercial loading and reducing the number of through lanes of traffic to two.
San Francisco Municipal Transportation Agency (SFMTA)
Sep 30th, 2019