Three weeks after New Orleans' public transit agency resolved a customer service nightmare by finally putting a ferry into service on the Mississippi River, a new report has suggested the future for the city's ferry system remains uncertain.

Jan. 10--Three weeks after New Orleans' public transit agency resolved a customer service nightmare by finally putting a ferry into service on the Mississippi River, a new report has suggested the future for the city's ferry system remains uncertain.

The report, commissioned by the Regional Transit Authority, finds that two new ferries for which the RTA paid $10 million still have a host of mechanical and structural problems.

Until now, RTA officials had said that any remaining issues with the boats, which failed Coast Guard inspections last year, were purely cosmetic in nature.

Not so, said the Elliot Bay Design Group, a national marine consultant with a Covington office. The firm said the boats' seams were welded together improperly in places and that their equipment can't ensure the smooth rescue of a drowning passenger.

And those are just two of more than four dozen flaws the firm found on each of the vessels, in a review that is an indictment both of the shipbuilder, Metal Shark, and the RTA's past reviews of that firm's work.

Because prior reviews missed many of the newly discovered issues, it's unclear how much the RTA can penalize Metal Shark for those problems, the RTA's CEO said this week. But Alex Wiggins said the agency still hopes to reach a deal with Metal Shark soon to get the boats fixed.

"That's what we're working through right now: the cost of the work that needs to be done, and how that is going to be covered," he said.

Metal Shark did not return a request for comment on the Dec. 10 report, a copy of which was recently obtained by this newspaper.

The RTA inherited an aging ferry system from the state Department of Transportation and Development in 2014, and it announced soon afterward that it would replace two aging vessels that had racked up heftier maintenance bills than they were worth.

It tapped Metal Shark to do that job, as the Jeanerette-based firm had gained a reputation for providing sleek vessels on a tight timeline. It did so in under nine months for New York City in 2017.

But the RTA's private management contractor, Transdev, has little past experience in maritime transit. And, roughly a year into Metal Shark's work in New Orleans, its work in New York was tainted by the news that its boats there had begun to corrode and leak after a short time in the water.

A few months later, and just as the RTA was preparing to accept its boats in time for New Orleans' tricentennial celebrations in 2018, the Coast Guard declared them unfit to carry passengers.

The RTA has been in a dispute with Metal Shark over the boats' fitness ever since.

Transdev was stripped of its job of managing the ferries and most of its other senior management responsibilities in 2019. Picking up the pieces has fallen to Wiggins and a team of other administrators hired by the RTA midway through last year.

With the new boats not cleared for service and the old boats beset by maintenance issues, there were no ferries servicing Algiers and the Central Business District for nearly three months late last year. Facing mounting anger from Algiers residents and business owners, Wiggins put a temporary fast supply vessel, the Margaret Lab, from a new vendor, Labmar Ferry Services, on the water Dec. 15.

A second boat that had been getting a structural overhaul, the Thomas Jefferson, must be cleared by the Coast Guard before it can enter service. Wiggins said he hopes that will happen well before Mardi Gras.

The new report suggests that it could be quite a while yet before RTA 1 and RTA 2, the Metal Shark-built vessels, join the slim fleet.

Structurally, some of RTA 1's seams are welded together only intermittently, leaving openings for water to seep through, Elliot Bay's inspectors wrote. The firm is the same one that guided New York City's ferry managers through repairs Metal Shark had to make on its boats for that city.

RTA 1's and RTA 2's "man overboard" equipment is "cumbersome and impractical," the inspectors wrote. They said it needs to be repositioned to bring a passenger safely aboard in case of emergency.

Another problem is that the crew can't tell how much fuel the boat has left. Both the fuel and the rescue issues have been raised in previous reports the RTA commissioned.

Other issues do indeed appear to be cosmetic, such as Metal Shark's failure to label certain equipment, shoddily installed exit signs and similar problems. Also, the report says, the doors on the boats are already damaged, as they weren't constructed with durable materials.

Wiggins said he was sure Metal Shark could fix the problems. What he wasn't sure about is whether the RTA or Metal Shark would pay for it.

Nor could he say whether the shipbuilder would actually incur the $1,000-a-day fine for late delivery that its original contract stipulated. If the RTA graded the firm by the original delivery date of May 2018, Metal Shark would owe more than a half million dollars, and counting.

"We're working through that because, to be frank, I think there was some culpability on the project management side, which was our side of the house," Wiggins said.

The RTA is withholding roughly that amount from the shipbuilder under a different contract clause. That one says the RTA can withhold a percentage of Metal Shark's $10 million payout until the boats are declared finished.

Visit The Times-Picayune | The New Orleans Advocate at www.nola.com

The dream of a ferry ride from Olympia to Tacoma or Seattle isn’t dead — but it also isn’t coming true any time soon.
Nov 4th, 2019 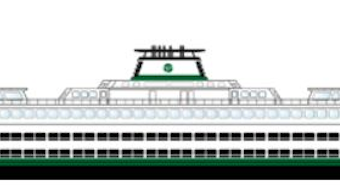 The largest ferries in the state will be converted by Siemens to hybrid electric propulsion.
Washington State Department of Transportation (WSDOT)
Oct 24th, 2019
Water Transportation 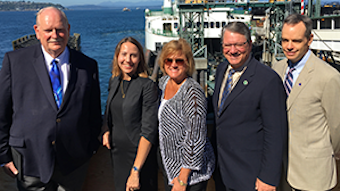 The grants will be used to construct a pedestrian connection from Seattle Multimodal Terminal at Colman Dock to downtown Seattle and will be used to modernize King County Metro’s bus fleet.
U.S. Department of Transportation (DOT)
Aug 29th, 2019
Bus 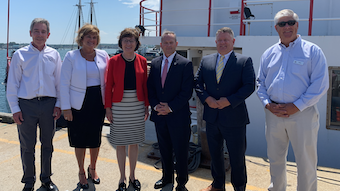 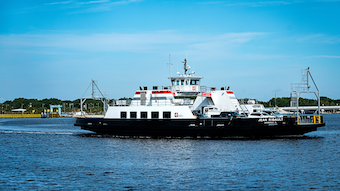 The Jacksonville Transportation Authority plans upgrades to the St. Johns River Ferry and is prepping for service of the “Magenta Line” to begin on Aug. 12.
Mischa Wanek-Libman
Aug 7th, 2019 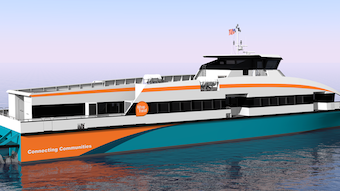 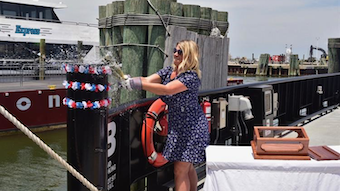 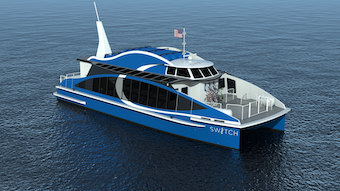 SW/TCH Maritime funds the construction of the first Zero-Emissions e-Ferry in the US, powered by hydrogen fuel cell

The seven vessels will be used for Copenhagen’s ferry service.
May 15th, 2019
Bus

The numbers are in: Region-wide transit use hits all-time high in 2018 for TransLink

The latest data from TransLink shows transit ridership reached an all-time high in 2018.
TransLink
May 2nd, 2019

More than 200 transit providers are participating in this APTA-sponsored national education and awareness day to emphasize the importance of public transportation to communities nationwide.
American Public Transportation Association
Apr 25th, 2019

Transit as a Community Affair

Community input has been a driving force in how the Regional Transit Authority improves and enhances its many transit modes to serve its riders and the city of New Orleans.
Mischa Wanek-Libman
Apr 23rd, 2019